Follow us:
Searches for faux fur coats have jumped over 300% since the release of the "House of Gucci" movie. Image: Metro-Goldwyn-Mayer Pictures Inc. via ETX Daily Up

While the Gucci family might not be happy about the recently released “House of Gucci” movie, reports the Italian news agency ANSA, it’s clear that the picture, which looks back at the assassination of Maurizio Gucci, has put quite a spotlight on the Italian fashion house’s products. Just after the film’s United States premiere on Nov. 24, searches for certain Gucci-branded pieces soared.

With a community of some 10 million shoppers worldwide, the global fashion marketplace Lovethesales.com looked at the impact of Ridley Scott’s film on demand for Gucci pieces, as well as the non-Gucci branded clothing and accessories seen throughout the biographical drama. Like TV series, which are now clearly influencing our wardrobes, the feature film caused a surge in associated fashion searches. 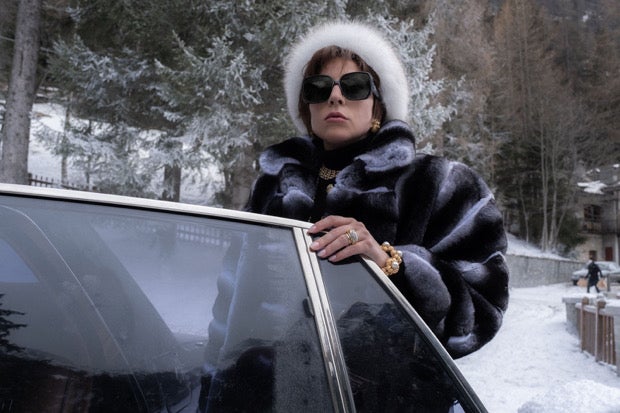 Searches for faux fur coats have jumped over 300% since the release of the “House of Gucci” movie. Image: Metro-Goldwyn-Mayer Pictures Inc. via ETX Daily Up

The Italian house didn’t necessarily need any such publicity to achieve global popularity, according to Lyst’s ranking of the most popular brands. But still, the “House of Gucci” movie has undoubtedly helped the fashion brand gain a huge following. Lovethesales.com reports a 257% increase in demand for Gucci bags and a 75% increase in searches for Gucci sandal mules just after the feature film’s release, compared to the previous week, pointing to a definite craze for the luxury house’s products in connection with “House of Gucci.”

Nearly a week after the movie’s first release, interest in the brand’s clothing doesn’t seem to be waning — quite the contrary. The marketplace has seen a dramatic 669% increase in demand for Gucci dresses. And that’s not all, since some of the pieces seen on screen have piqued global interest, irrespective of whether they are Gucci branded. Such is the case for faux fur coats (+300%), white lace dresses (+250%), plaid suits (+230%) or white ski suits (+177%).

Directed by Ridley Scott, “House of Gucci” features a five-star cast, including Lady Gaga (Patrizia Reggiani) and Adam Driver (Maurizio Gucci) in the lead roles. The film recalls the assassination of the Gucci heir, Maurizio Gucci, in March 1995. JB

Bursting with bling, ‘House of Gucci’ tells of feuds behind the fashion