After making its way into our homes during this year’s COVID-19 lockdowns, augmented reality (AR) art is now ready to take the British capital by storm. Over 30 virtual artworks are set to be “exhibited” along London’s River Thames as part of a public festival running from Dec. 8 to Jan. 5.

The festival’s 36 sculptures can be viewed via a free application from British company Acute Art, which is organizing the “Unreal City” festival in partnership with Dazed magazine. The AR artworks will be arranged as a walking tour along the River Thames that Londoners can navigate by means of an interactive map, designed especially for the event by Acute Art.

“The current pandemic has caused immeasurable suffering and disrupted so much of our everyday existence together. This is especially true for those of us who value and take part in cultural life. Because many of the important cultural sites that we take for granted are all closed — cinemas, theaters, concert houses, clubs, museums and stadiums — the only public spaces where we can move about safely together is outdoors, in the shared space of the city. It’s important to celebrate — even now — that public space belongs to all of us and that it is, in fact, very valuable,” Olafur Eliasson explains in a statement.

For the “Unreal City” festival, the Danish-Icelandic artist will present a selection of works from his AR project Wunderkammer” (or “Cabinet of Curiosities” in German), previously shown in May. At the time, fans of art and new technologies could project highly realistic digital sculptures of animals, objects and weather events into their surroundings. Some of these are now set to go on virtual show in London.

A new way of interacting with art

Although the British firm Acute Art has previously organized several AR art initiatives, “Unreal City” is the first public festival dedicated to this art form. And the event could redefine our view of the traditional art exhibition, according to the American street-artist, KAWS.

“I hope people see this show as a turning point of how exhibitions can be experienced. You witness it, you walk around it, interacting with the works in a way that gets into your mind and becomes part of your memory. It’s much more than looking at a picture. I’m comfortable with ephemeral works just from doing graffiti which would sometimes last for a few hours or a few months and then you’re left with the photographs so this seems full circle for me,” the artist explains.

KAWS is one of the first artists to have seen the commercial potential of AR art. In March, the street artist offered digital sculptures of his signature character, “Companion,” for sale or to rent. Collectors could get their hands on one of 25 monumental AR “Companion” artworks for $10,000 via the Acute Art website. AR artworks that are more modestly priced than KAWS’ physical creations, which can sometimes fetch six-figure sums when they come up for auction. All in all, it looks like AR art has a bright future ahead. RGA 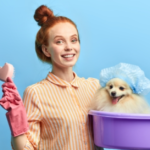 Your dog can now use ‘clean’ beauty products too 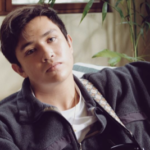