A rare first-edition Harry Potter book will be auctioned in the UK, and it’s worth a fortune

A British expat could make up to £50,000 from auction after discovering that the copy of the “Harry Potter and the Philosopher’s Stone” book sitting on his shelf for more than 20 years now is actually one of the rare first-edition prints of the book in hardcover.

Only 500 copies of the 1997 hardcover edition were released two decades ago, 300 of which are in possession of schools and libraries. That means only 200 people out of seven billion have the privilege to say they own one of these holy grails.

According to Fox Business, the seller who lives in Luxembourg with his family bought the book with the intention to use it as a teaching material for his children.

“I needed English books to read to my three children at bedtime as I was on a mission to teach them my native language from an early age,” shared the seller who wishes to remain anonymous.

The official website of Hansons Auctioneers has listed the following attributes that verify the authenticity of the rare hardcover first-edition:

Hanson Auctioneers is the auction house in Staffordshire, United Kingdom handling the item.

The seller will be using the money the book will raise to pay off his daughter’s student loan. 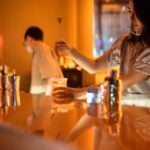 Teetotalers emerge from the shadows in hard-drinking Japan 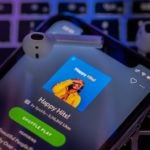