Follow us:
The Royal Academy of Arts in London is planning on selling one of the most famous pieces in its collection to balance its books. Image: IStock via AFP Relaxnews. 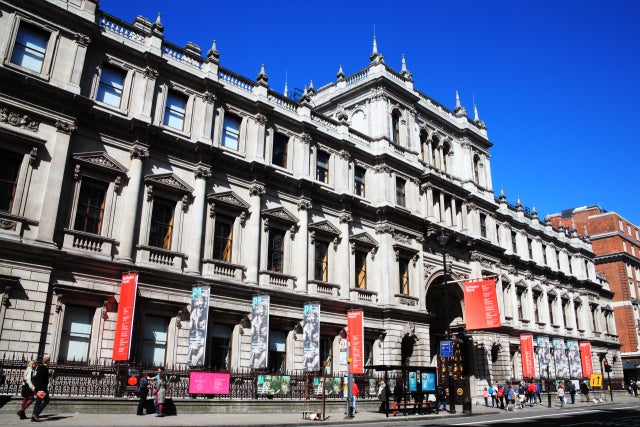 The Royal Academy of Arts in London is planning on selling one of the most famous pieces in its collection to balance its books. Image: IStock via AFP Relaxnews.

Stricken by financial problems, the Royal Academy of Arts in London is weighing up selling a tondo by Michelangelo to save 150 jobs, reports the Guardian. The sculpture, which has been in the British institution’s collection since 1829, could fetch as much as 100 million pounds (around $128 million or P6.2 billion) if it goes to auction.

The health crisis has severely undermined the financial stability of the Royal Academy of Arts in London, which has announced that it will have to reduce its operating costs by eight million pounds (approx. $10.2 million or P497.6 million) if it is to avoid closure. The cut to its budget could result in the loss of 150 jobs, which account for 40% of the British institution’s workforce.

At a time when the Oxford Economics research institute has estimated that 400,000 jobs in the British cultural sector would be wiped out by the COVID-19 pandemic, the Royal Academy of Arts is weighing up selling one of the jewels of its collection to rebalance its books. The work in question is a marble relief of the Madonna and Child and the infant Saint John the Baptist sculpted by Michelangelo Buonarroti in the early 16th century.

Bequeathed to the British institution by the art collector George Beaumont, the bas relief is the only marble by the Renaissance grandmaster in the United Kingdom. It is also a highly valuable work, which The Art Newspaper estimated to be worth more than 100 million pounds in 2017.

The Royal Academy of Arts is not the only institution that may be forced to sell off art from its collection to cover operating expenses and pay back debt. In a similar situation, the Brooklyn Museum is about to put up for auction a dozen works by Camille Corot, Donato de’ Bardi, Charles-François Daubigny and Francesco Botticini, which will go under the hammer at Christie’s.

“This is something that is hard for us to do,” said Anne Pasternak, the museum’s director, to the New York Times. “But it’s the best thing for the institution and the longevity and care of the collections.”

The sale has been made possible by a relaxation of rules enforced by the American Association of Art Museum Directors (AAMD), which, until recently, insisted that museums should only sell works to finance the acquisition of more art and never for any other purpose.

The AAMD imposed sanctions on the Berkshire Museum in May 2018, following its sale of 40 works by Norman Rockwell, Albert Bierstadt and Alexander Calder to raise $55 million (around P2.6 billion) in funds for operating costs and expansion. CC

Fil-Am artists push on despite the pandemic

Pettyjohns and potters rule! Or why the pandemic has been good for pottery art