Time went by so fast as the Philippines and the rest of the world was in a stand-still for a few months into 2020. As everyone is coping and trying to live in the ‘new normal,’ one of the things that is helping soothe the mind, heart and soul of people is music and with this, Ivory Music and Video is proud to share its lineup of mid-year releases. Check out the links of each song and download or stream in the various digital music stores as they become available. 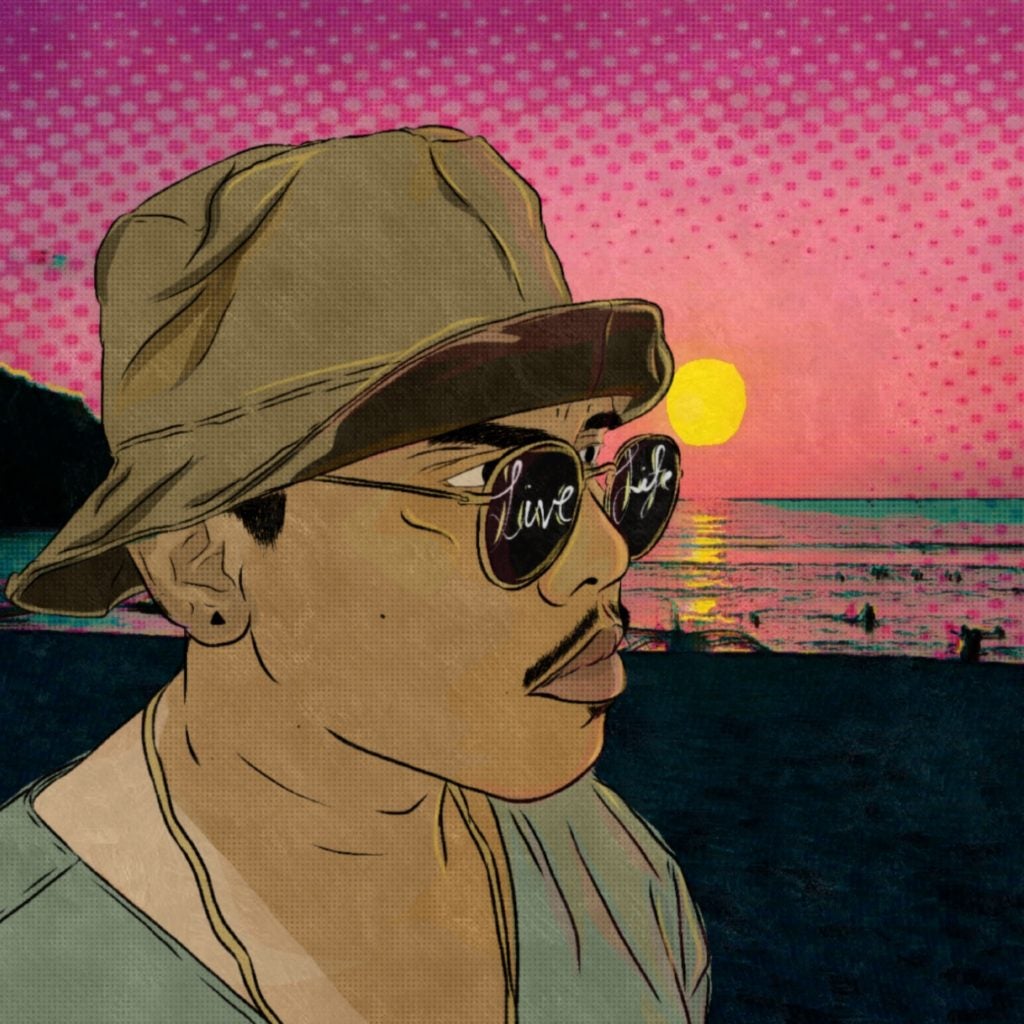 A discovery from Tunog Bago sa Tunog Kalye, the collaboration of Ivory Music and Video and Wave 89.1, TANK B released his first single titled “Life” on June 5. The upbeat song is about living the best life possible, with a purpose, and the hope to inspire others to live fully without regret, which came at that point in time when Tank B started as an artist. He muses, “It’s about telling everyone how to live your life so well even w/o material things! It is also a message to seek your own identity, whether you’re an artist or not…basically just loving’ the life you have!”

The Filipino gold medal-winning dance choreographer turned singer-songwriter is finally living up to his potential to share his musical gifts to the world. Tank Bautista’s transformation from world dance champion to recording artist took some time to happen. The Mandaluyong-based artist’s passion for dance and music has inspired him to create original content. His extensive experience as a dancer and a choreographer has given him energy and motivation to connect with artists worldwide. One of the artists he looks up to is Russ. 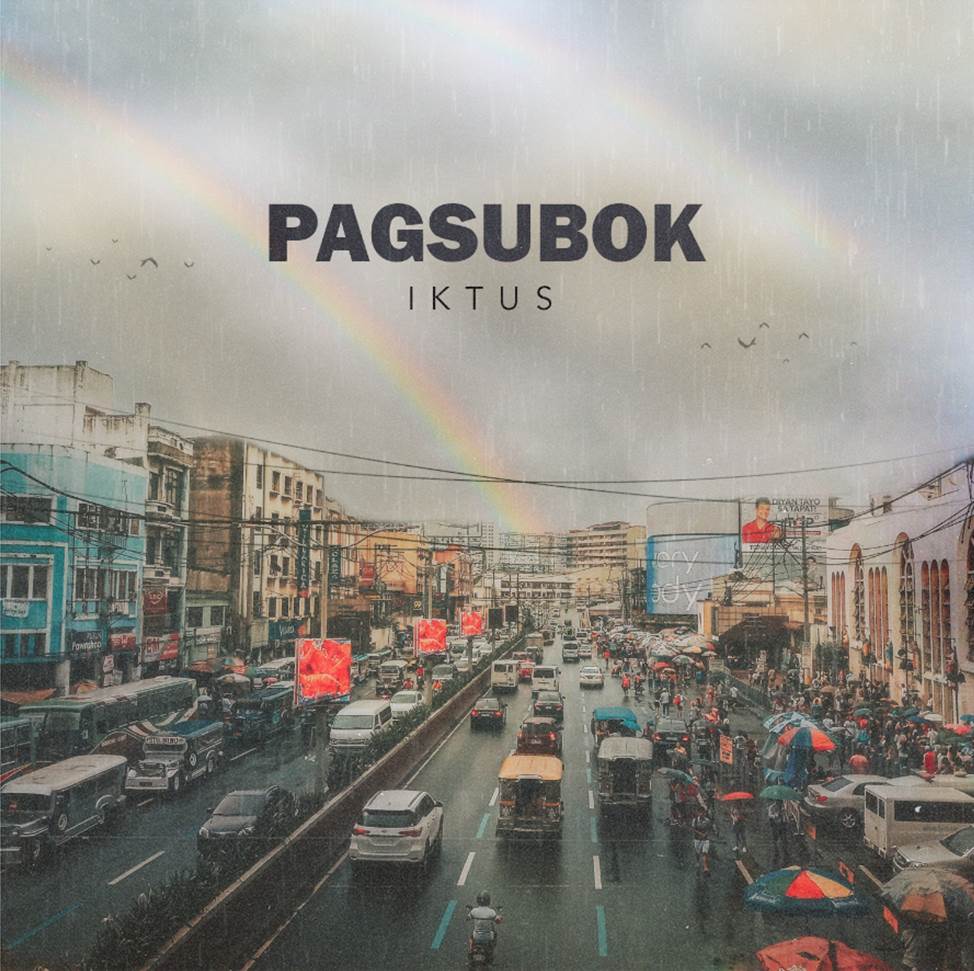 Iktus breathes new life to Orient Pearl’s hit single “Pagsubok” – a powerful and uplifting song about overcoming life’s struggles and challenges. Produced and recorded by Iktus in their own homes during the quarantine period and for release on June 12 under Ivory Music & Video, “Pagsubok” is the band’s little gift to inspire and give hope to everyone affected by COVID-19.

Iktus is a four-piece pop rock band and winner of Sun Broadband Quest 2013. The band is composed of guitarist Augusto Mendoza and siblings Andrei Panaligan, CJ Panaligan, and Andrew Panaligan (bassist, vocalist and drummer respectively). Their name comes from the Greek word “Ichthys” – meaning “fish” and alluding to Jesus Christ – which represents their identity as a Christian band.

The band describes their sound as alternative pop rock. Andrei is the band’s primary songwriter and challenges himself to write melodies suitable for a female vocalist. As a proud Christian band, the lyrical content of their music deals predominantly with the topics of love, hope and positivity.

Iktus’ “Pagsubok” will available in digital music stores on June 12, 2020. 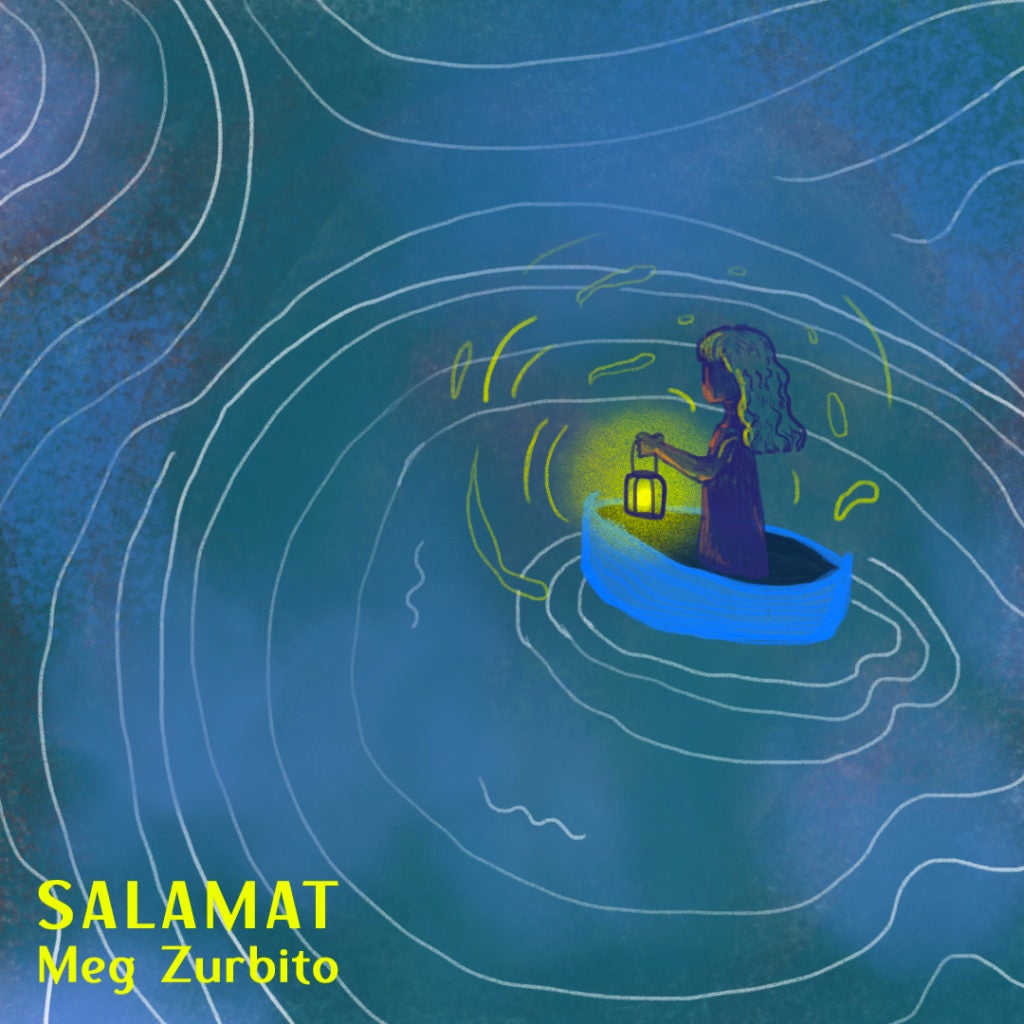 As a way to show gratitude to the frontliners, Meg Zurbito has written and composed a song for today’s new heroes. Originally made to help raise funds for the scholars of Parc Foundation, “Salamat” will be officially released in digital music stores on June 12 under Ivory Music & Video.

Meg Zurbito is a 21 year old artist from Caloocan City. She started performing in gigs in 2018, armed with her calming vocals, an acoustic guitar and her indie folk sounds. She takes inspiration from The Beatles and fellow OPM artist Clara Benin.

Christ Sta. Romana’s fourth single release with Ivory Music & Video this June 19, “Still Call Me Home” is about the feeling of having all the possibilities and options to find someone new in this modern, interconnected world and despite that, staying faithful to the one you love through the good times and the tough times. It’s about the beauty there is in staying classy and faithful to your loved one. And it’s about that person consistently choosing you everyday as well.

Born and raised abroad, Chris grew up around music. He has been playing music since the age of 13. His musical influences include John Mayer (“Everything from his songwriting to guitar tone has influenced me a great deal”), Lauv and HONNE. When asked what his next plans are, Chris says, “I’m excited to share my original songs live at more gigs as well as when I busk (street perform)… I’m also going to continue writing songs and make content – I can’t wait to see where this journey will take me next.”

We also are inviting everyone to download and stream these songs from our other artists that were recently launched and are now available in various digital stores: 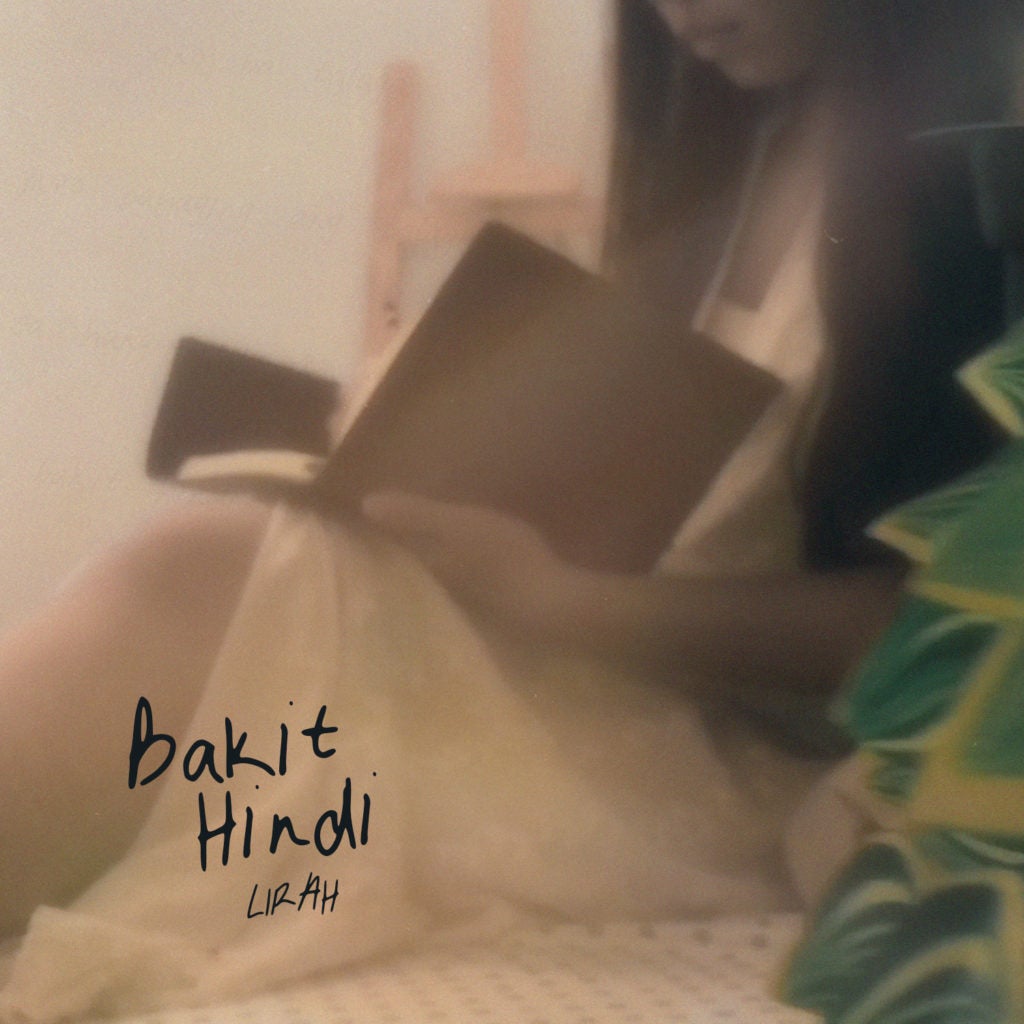 Fast-rising OPM hip-hop muse LIRAH has a new single that showcases her powerful but sultry voice. “Bakit Hindi”, released on May 8 under Ivory Music & Video, is a soothing follow up to her successful hits “Sahod” and “Mahal Mo Pa Ba Ako?” which featured Bosx1ne and Flow G of Ex Batallion.

“Bakit Hindi” tells us the story of a girl who is uncertain of the feelings her male friend has for her and begins to question her own feelings. The track is composed by Lester Vano, who also composed the viral hit “Nadarang” and produced and arranged by Samuel Mopal of Sandiwa. The official music video, directed and edited by Sean Daniel Pollisco, was shot purely by mobile phone during the quarantine period by Pollisco and Andreah Bermudez.

LIRAH has been hustling in the music industry since she was 13 years old, joining and finishing strong in GMA 7’s reality singing competition Protégé: The Battle for the Big Break. Her stellar performance in the said competition impressed judge Gloc-9 so much that he took LIRAH under his wing soon after. Her debut single “Sahod” was received widely by OPM fans and had earned her a Best New Artist nomination from Wave 89.1’s Year End Awards 2019. “Sahod” was soon followed by a collaboration with Ex Battalion’s Bosx1ne and Flow G, titled “Mahal Mo Rin Ba Ako?”, which was featured in several playlists including Apple Music’s Absolute OPM.

LIRAH’s “Bakit Hindi” is available on Spotify and other digital music stores: bit.ly/BakitHindiLIRAH 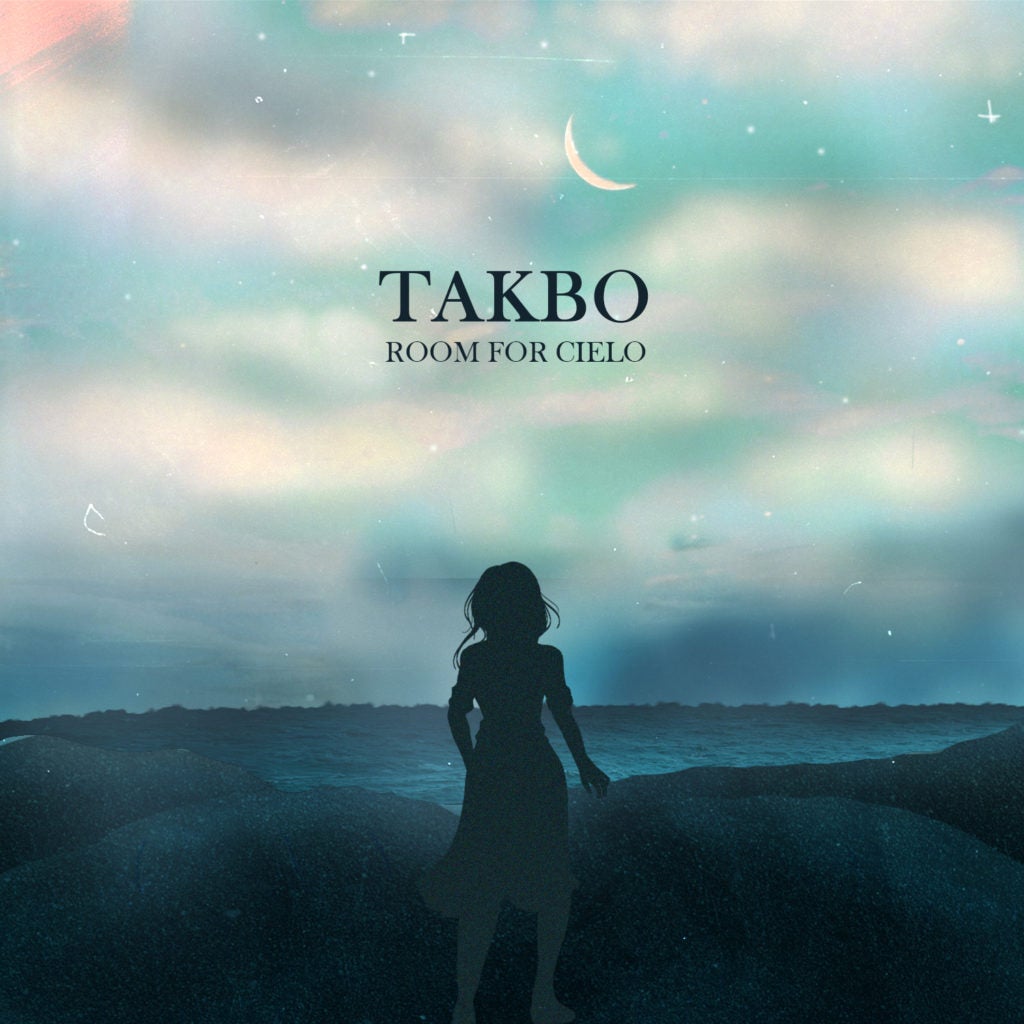 “Takbo” may be Room for Cielo’s least “intricate” song yet. The track, released on May 22, is special in the way that it has a ‘shifting perspective’ throughout the song. The first verse of the song is about how the 2nd person has been hurt and is afraid to love again. The second verse then becomes about how the 1st person has felt the same as well. But it all culminates to the underlying message of the song which is: don’t run away from a love we could run towards instead, hence “Takbo.” It is somewhat a mix between an inspiration from personal experience and a romantic conception (to embed more gaping proclamations of love).

Room for Cielo’s “Takbo” is available on Spotify and other digital music stores: bit.ly/TakboRoomForCielo

FOR IVORY 2020: The Complete Playlist on Spotify: