Anyone who’s ever had a pet dog knows how precious these creatures can be. From their unwavering loyalty to their natural knack for sensing danger, these canines have been a vital part of humankind–earning them the well-deserved title of “man’s best friend”. So you can imagine the surprise and utter disgust online users had when they saw this video of a woman punching her dog left and right, as she practices her boxing jabs.

The Snapchat video, which was obtained by news outlet KTVB, shows the woman in boxing gloves throwing punches at her German Shepherd dog, while her boyfriend reportedly filmed the ordeal.

Since this video spread through social media, online users were rightfully enraged that this pet owner would intentionally hurt her dog. One person commented, “What a disturbed non-human. Don’t let her get away with this. And for crying out loud, take that dog away from her,” and another said, “What the heck is wrong with this girl. I hope they take that poor dog away and give it to a loving family. You do not punch an animal like that. This definitely needs to be investigated. Thanks to whoever reported it.”

According to multiple reports, the woman is being investigated by the Idaho Humane Society and she may face charges on animal harassment. 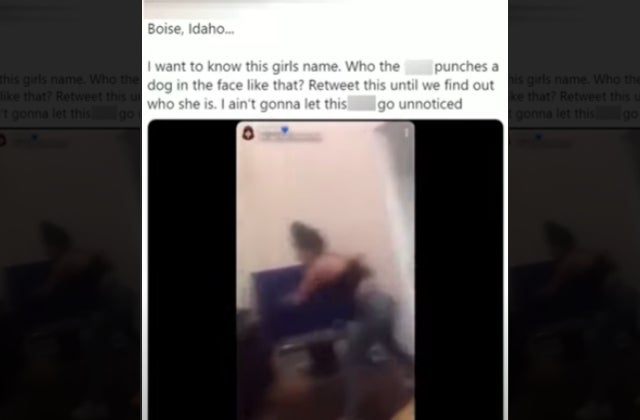 Let’s hope justice will be properly served to the woman in this video.