Despite the Philippine Animal Welfare Society (PAWS)’s efforts to reduce animal cruelty and homelessness, there are still undocumented cases of animals (particularly cats and dogs) that are left alone on the streets to starve and die. Meanwhile, city pounds have to perform euthanasia on unclaimed dogs after the holding period is up.

Because of these heart-wrenching scenarios, a 43-year-old animal advocate Maureen Lacida Claro (also known by her friends as Alexa Yna) dedicated herself to feeding stray dogs and cats every day using her own funds. In a now-viral Facebook post, Claro is seen on her pedicab, feeding every cat and dog she meets in the street.

Speaking to POP!, Claro shared that she has been feeding cats and dogs for three years now.

(It has been 3 years since I started feeding them. At first, I was just using my own money then they became a lot to the point that it couldn’t fit in my budget anymore.)

In order to raise more money for her advocacy, Claro decided to share what she has been doing so far on Facebook, in the hopes that someone would notice it. 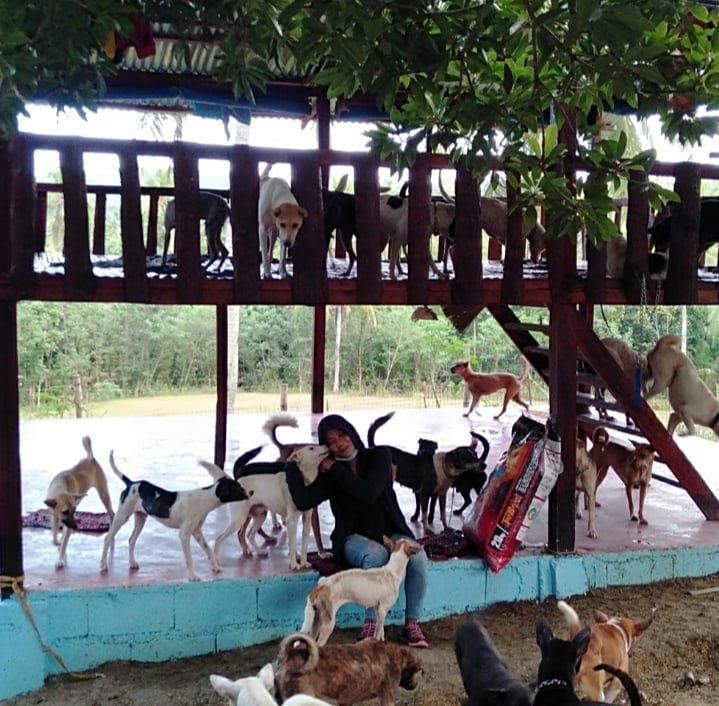 (I thought about posting it on Facebook until people started donating money for dog food and cat food. Actually, I even rescued some of them. Those who were in severe conditions are being brought to a shelter, at Fortress of Hope Sanctuary)

Right now, Claro is thankful for all the help she has been getting from strangers online, especially now that canteens and food kiosks are closed due to the COVID-19 threat.