Follow us:
Anthony Bourdain attends the 2018 Women In The World Summit at Lincoln Center on April 12, 2018 in New York City. Image: AFP/Angela Weiss via AFP Relaxnews

A year after the celebrity chef’s death, a collection of Anthony Bourdain’s personal belongings will be offered in an online auction in October.

The sale, which is run by New York’s Lark Mason Associates, features more than 200 lots that Bourdain acquired during his life, including artwork, various books, decorative furnishings as well as several manuscripts of his own work. 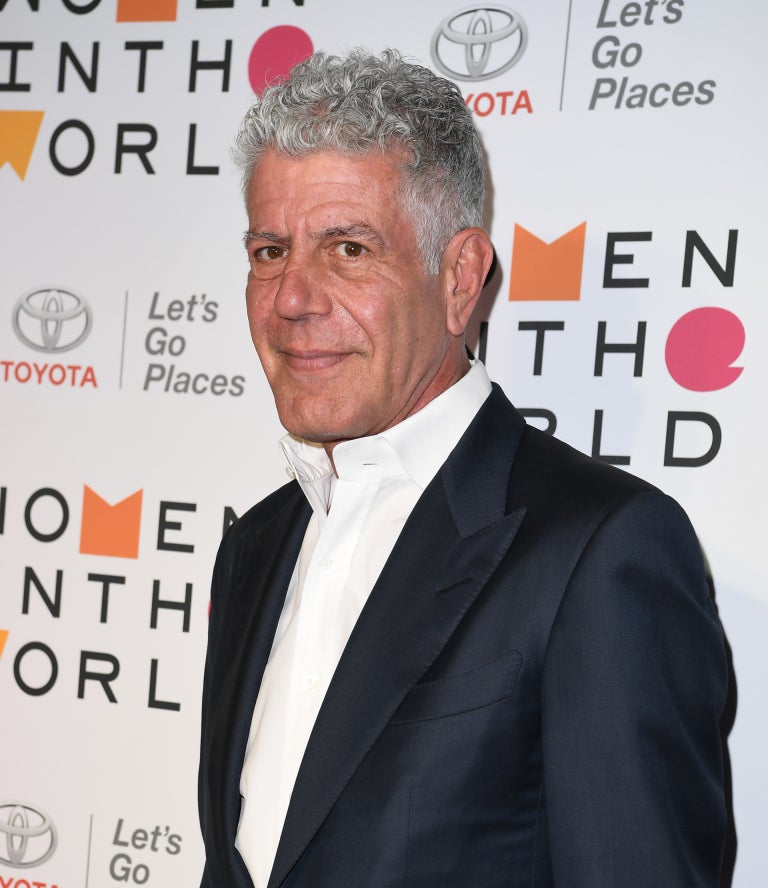 Among them are a 2016 oil painting by Canadian artist Brad Phillips, titled “Cristine and me as Still-Life”; a couple of silkscreen prints by Welsh illustrator Ralph Steadman; and a pair of paintings by American artist John Lurie.

Steadman had collaborated on several occasions with Bourdain, creating the art for his 2016 cookbook “Appetites” and even appearing on the chef’s TV show “Parts Unknown”.

A highlight of the auction is John Lurie’s “The Sky Is Falling, I Am Learning to Live with It” that Bourdain reportedly purchased for $19,000, just a few days before he took his own life at the age of 61. 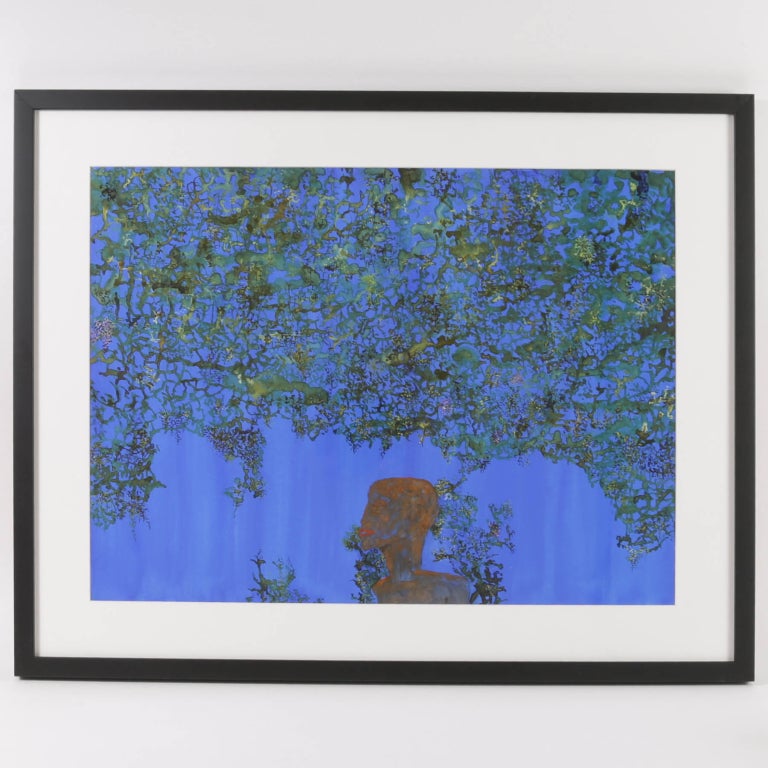 A painting by American artist and musician John Lurie, “The sky is falling. I am learning to live with it”. Image: courtesy of iGavel Auctions via AFP Relaxnews

Most of the artworks are expected to sell for less than $5,000 each, although Lark Mason Associates estimates that Bourdain’s private collection is worth up to $400,000.

However, the most coveted item of the auction is a steel and meteorite chef’s knife, which will likely fetch between $4,000 and $6,000. Renowned American bladesmith Bob Kramer designed and gave the custom-made utensil to Bourdain in 2016. 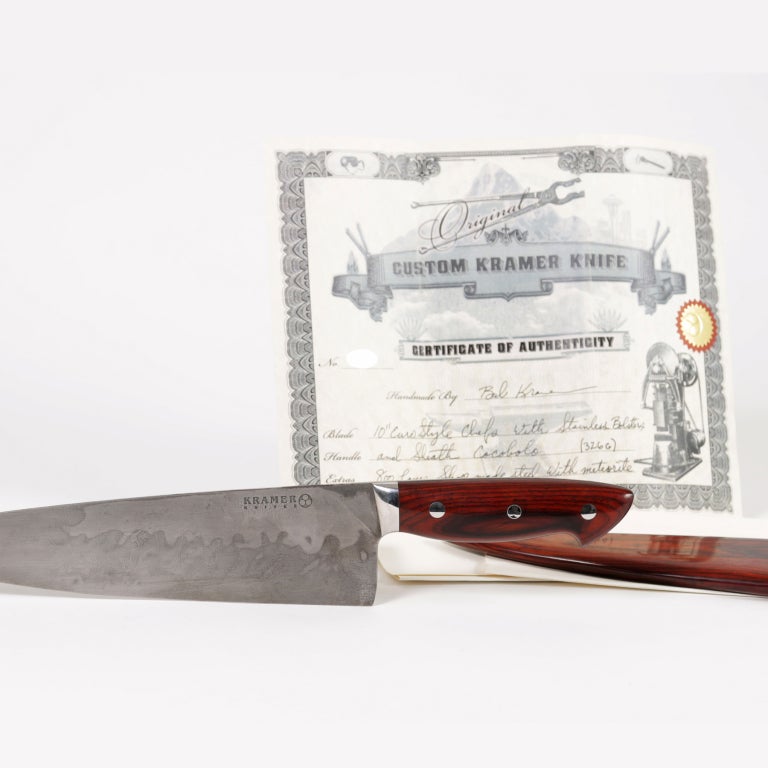 “He was thrilled, and I was thrilled. He walked right to the bar and he was like, ‘Oh man, I’ve been looking forward to this.’ He held it, looked at me, I don’t know, we just connected there for a second. Because he got it and I’d made it for him,” he recalled of their encounter in the New York Times. 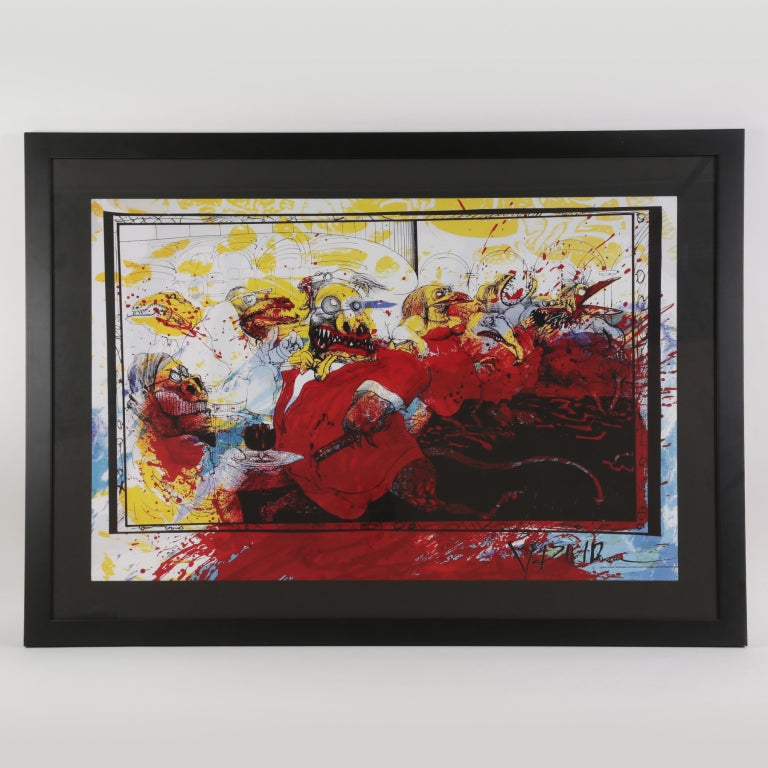 The sale “Property from the Collection of Anthony Bourdain” will run from Oct. 9 through 30 on the online auction website iGavel, with three exhibits being held concurrently in New York, Savannah in Georgia, and New Braunfels in Texas.

Sixty percent of the proceeds will go to Bourdain’s wife, Ottavia Busia, and his daughter, Ariane.

The remainder will benefit the newly-created Anthony Bourdain Legacy Scholarship at the Culinary Institute of America, which allows students to spend a semester abroad or take part in the school’s global cuisine classes. JB

How the world is celebrating #BourdainDay