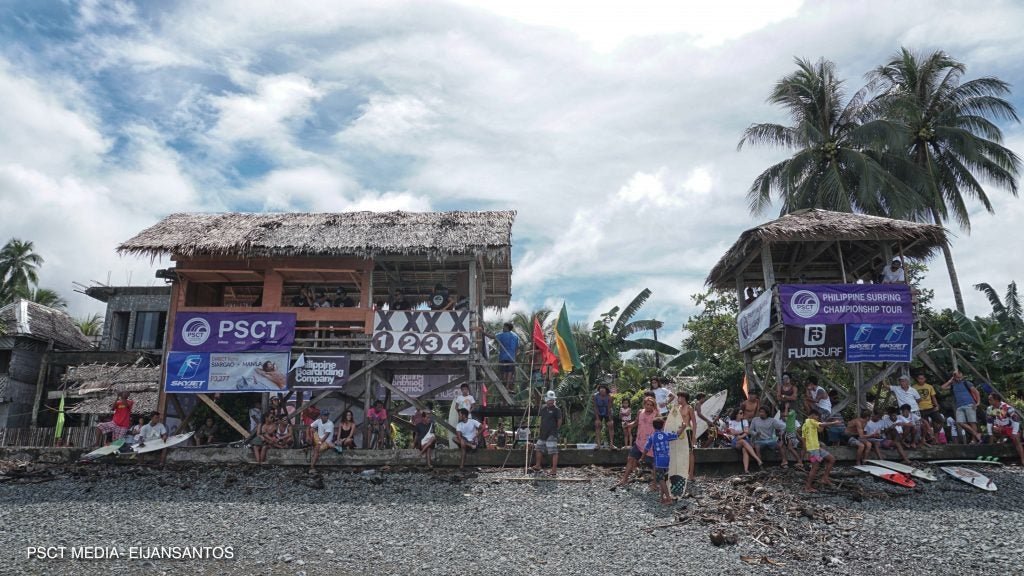 The Philippine Surfing Championship Tour (PSCT) Tennis’ second leg at the 15th Lanuza Surfing Festival, got off to a thrilling waist to shoulder high waves in Doot Poktoy river mouth with all the Grommets along with Women’s Longboard Open branches, kicking off the first day of contest.

The 8-year-old crowd favorite and youngest competitor, Kaikai Alcala, managed to advance to the Quarter Finals as he dominated the first round heat against grom surfers twice his size. “I’m so happy and proud of Kaikai. We saw his improvement since the first leg,” said Kaikai’s mother Manette Alcala with confidence. “It was cold! I’m happy to be out there with my friends. We just enjoyed our surf session,” Kaikai said. 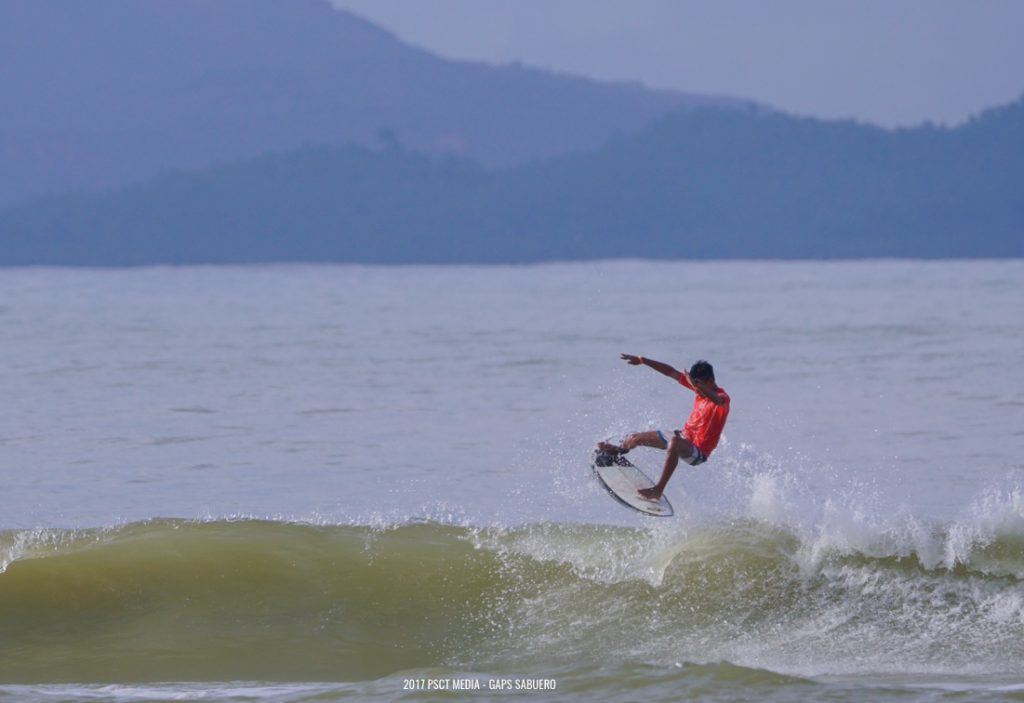 14-year-old Gabriel Lerog from Siargao Island posted the highest wave score during the first round of the Grommets division with a 9.90, showing his dominance against other groms. The spectators were ecstatic during the Groms Quarter-finals when four of the best young surf athletes battled out to advance to the Semi-finals.

Ivan Nogalo, nephew and trainee of Siargao surf legend Carlito Nogalo, put up an amazing performance against his fellow Siargaonon competitors. “Masaya ako nakapasok na ako sa Semi-Finals” ( I’m happy because I made it to the Semi- Finals), said Nogalo with a huge smile on his face.

Another promising Siargao grom Benjomar Canon heats up and showed everyone that he can compete in tough conditions with occasional wind and intermittent swell. Canon took the second spot during the second heat of the Quarter-finals, the best grom surf battle in the contest we’ve seen so far. 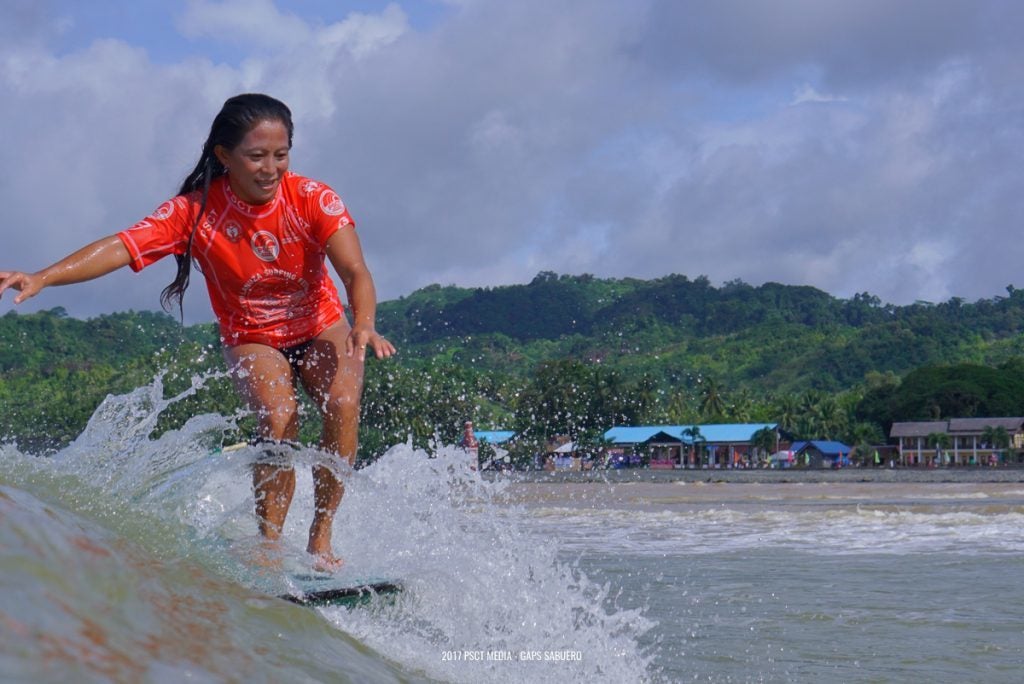 In the women’s Longboard division, La Union pride Daisy Valdez took the top spot as she claimed every set wave that came right through her path. Valdez, who posted an 11.25 score during her Quarter-finals heat, exemplified her dominance and vast surfing experience in the Doot Poktoy surf arena. A multi-awarded surf athlete and mother of three, Daisy has been competing in Lanuza for almost a decade. She’s the undisputed and reigning Women’s Longboard champion, dominating every national surfing competition in this municipality. 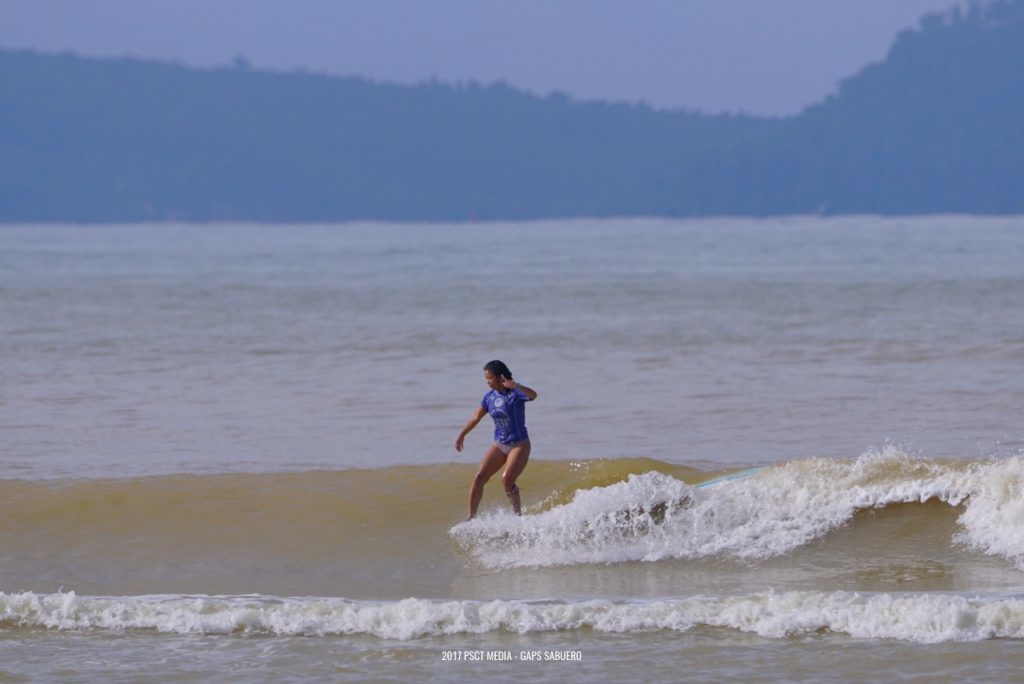 Local wahine Debie Gumanoy immediately gained home-court advantage. She’s been surfing Doot Poktoy since her grommet years and knows it by heart, enabling her to catch quality waves at her home break. 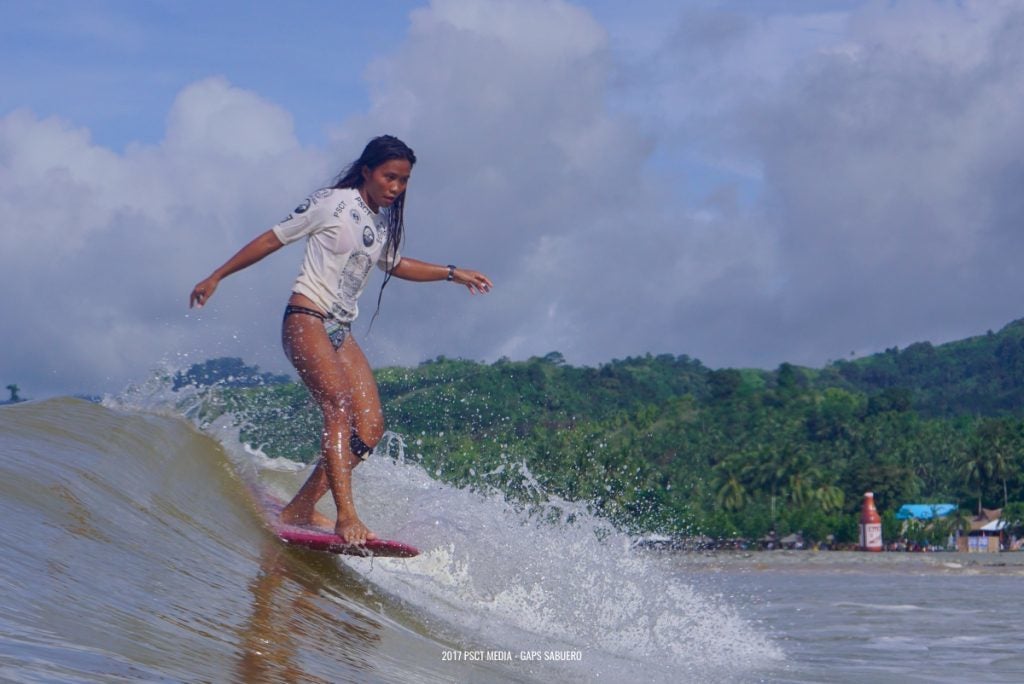 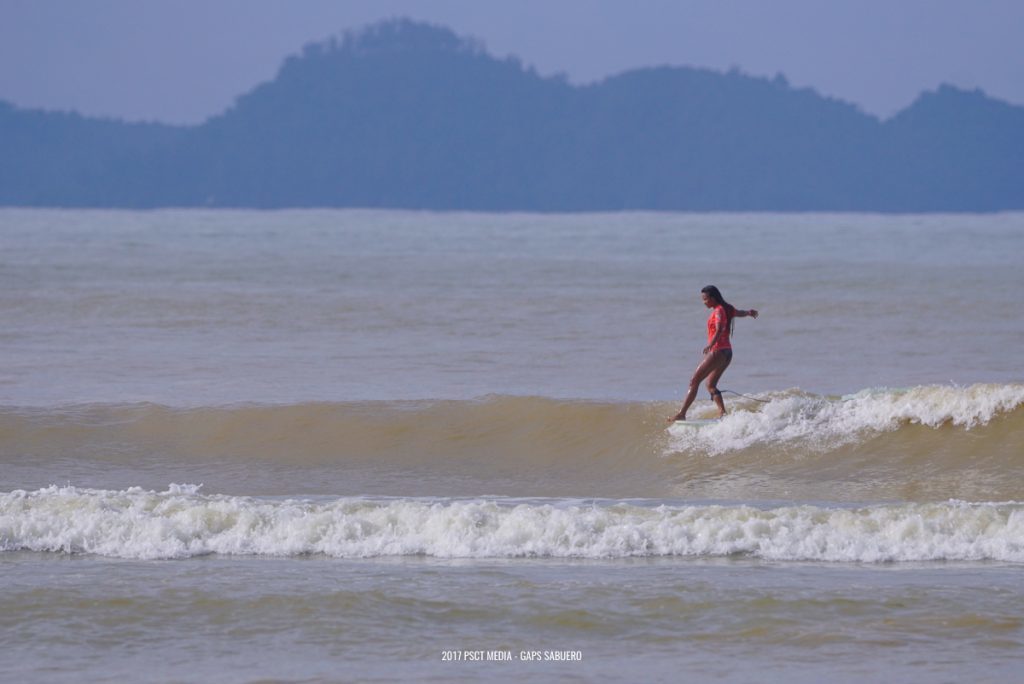 Meanwhile, the stylish wahine longboarders of Siargao Island Maricel Pajares, Aping Agudo, and Ikit Agudo showcased their classic style and were able to slide and glide to the Semi-finals. “Sobrang kinakabahan ako noong heat ko na kasi first time ko talaga mag-compete sa ganitong professional level (I was so nervous during my heat because this is my first time to compete in a professional level).” said Maricel.