Woman finds lost engagement ring on a carrot after 13 years

It is true what Luna Lovegood said in the fantasy book, Harry Potter and the Order of the Phoenix by J.K. Rowling: “Things we lose have a way of coming back to us in the end. If not always in the way we expect.”

This was what happened to Mary Grams, an 84-year-old woman from Canada whose engagement ring came back to her in an unexpected way after losing it 13 years ago. 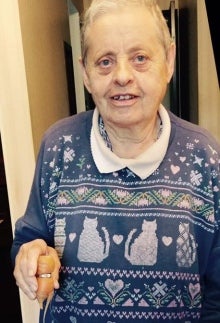 Grams lost her engagement ring while she was working in her farm in 2004. She said that she tried to look for it but couldn’t. She gave up all hope of ever finding it again and even thought that perhaps it has been destroyed in the farm.

Grams received the ring from her husband, Norman, in 1951–a year before they married. After the incident, she didn’t tell him about what happened and bought a replacement instead. She never thought she’ll find it again 13 years later! 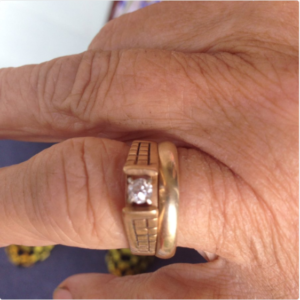 It was her daughter-in-law, Colleen Daley, who found it in the most unlikely place — on a carrot! Apparently, Daley and her husband now reside in the farm after Grams moved to a new place. According to Daley, she was pulling out carrots for dinner when one of it had the ring on it. So she showed it to her husband and he told her that his mom lost her engagement ring in the farm but never found it. 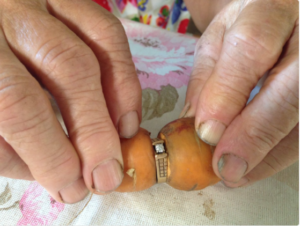 Grams was glad that her lost engagement ring was found even if it was through a peculiar way. And because the ring still fits, she can finally wear it again after all these years. 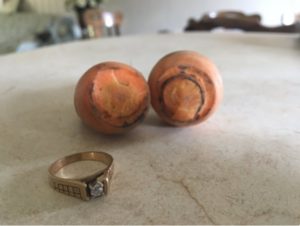 Now Grams has one great story to tell her grandchildren — a story that will be passed on to the next generation.