There’s a new boyband in town — The Bakuna Boys!

If you do not know who they are, then you’d better watch this video first:

This creative ad was launched by the Department of Health to encourage parents to vaccinate their babies against measles, polio, hepatitis, meningitis, and pneumonia. It features a five-man group that will remind you of the ‘90s boy band Backstreet Boys, complete with matching getups, synchronized dance moves, and killer smiles.

The boys have another video about vaccinations that will make you doubt if they are just doing a campaign for DOH or are an actual boyband on the rise.

For people who have this question for The Bakuna Boys…

Nevertheless, it seems that the campaign is quite effective. As of this writing, the video has 43K views, 1K reactions, and 988 shares on Facebook. So far, it has received favorable responses from users:

We might actually have a new boyband in town because of this. *wink wink* 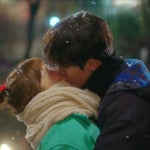 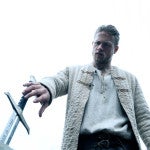