“Taho!! Taho!!” The sun shines warmly over your face as you get up to the sounds of a distant cry. It’s the weekend, you allowed yourself to sleep in. The only thing that could get you out of bed now is…. “Taho! Taho!”

Much of our memories are associated with our senses. The smell of a freshly opened book, hearing that song, and most especially tasting something that becomes an instant favorite.

Both Filipinos and curious snacking connoisseurs alike are being treated to So Sarap NYC’s nostalgic and authentic Filipino street food — offering Filipinos residing in New York a taste of home away from home; and for adventurous foreigners, a delightful new treat to their virgin taste buds. 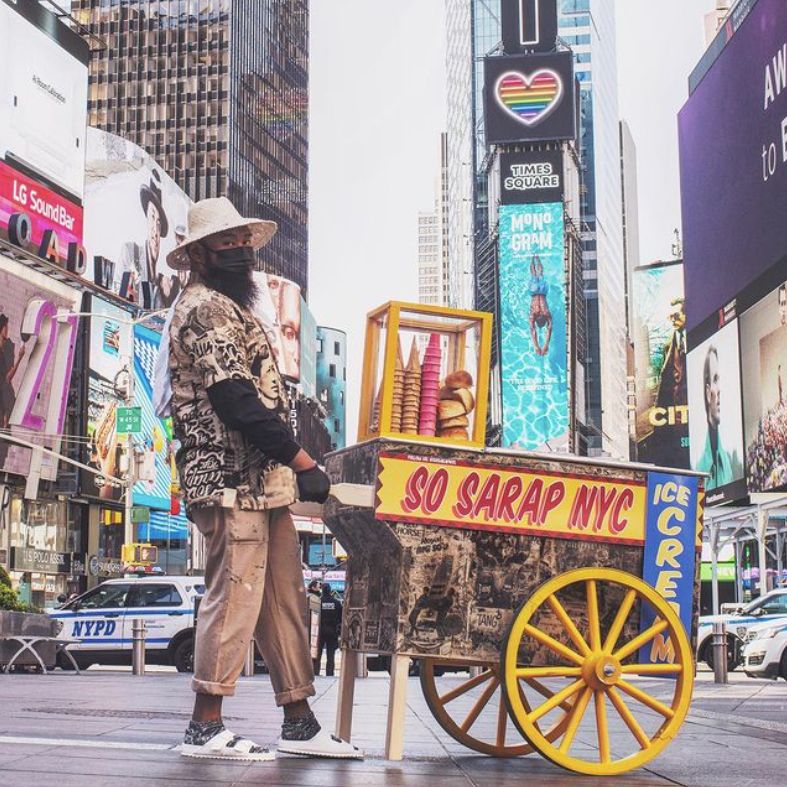 So Sarap NYC is the brain child of Virgilio “VJ” Navarro Jr. and Sebastian Shan. These high school besties have made it their mission to stimulate the childhood memories of all Filipinos in New York through the mouth watering language of Pinoy street food. Moreover, reminding them about the rich and colorful culinary culture of the Philippines, spreading it to those unfamiliar—hoping to serve as a catalyst to the beginning of their love story with Filipino street food.

Spending a portion of his childhood in the Philippines before his family moved to Italy, and later to America, Navarro can’t recall a lot from the short time he spent living in the Philippines. “I may have very few memories of my childhood days but what stayed in my memory the most [is] the street food.”

So Sarap NYC owes its authenticity and original Filipino street food flavors from the past experience of Navarro’s father who was an “Isaw” and “Fishball” vendor in the Philippines, as well as from his Lolo who sold “Suka.” Navarro seems to have inherited the street vendor gene from his forbearers, explaining that “So Sarap NYC has always been an idea in my head for so long as I can remember.”

After losing his job during the pandemic, Navarro (“with the constant push of my friend and now business partner, Sebastian”) used this opportunity to turn his dream into a reality.

Living in New York, one might think that it would be difficult getting the ingredients and materials required to replicate the sights we’re used to seeing in the Philippines. “I am blessed and thankful for the suppliers whom I have worked with in the past.” This includes, of course, the raw materials used to recreate the classic pushcarts to transport the street food, adding even more to the authentic Pinoy street food experience. 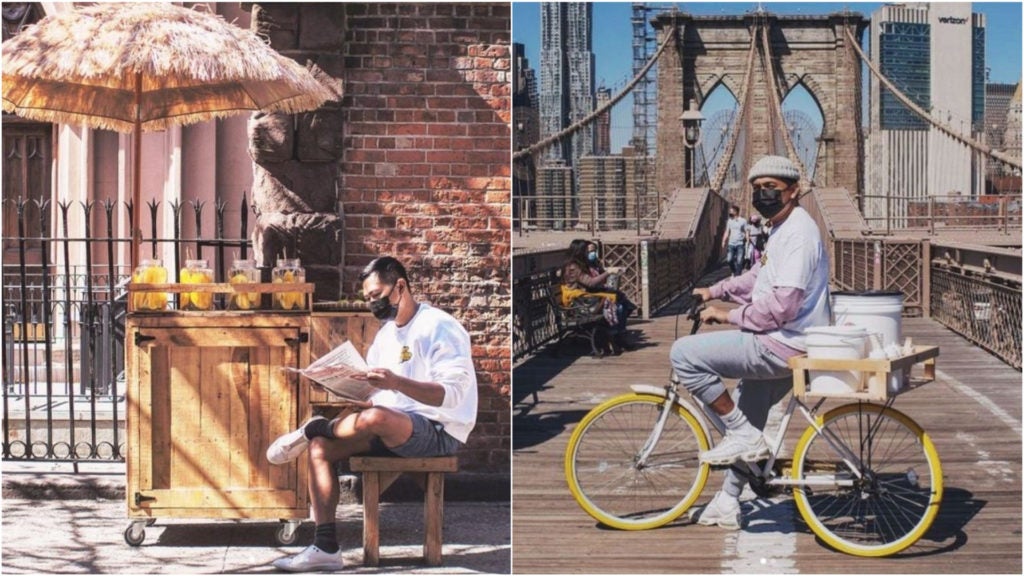 So Sarap NYC has formed a sense of community among other Filipino-run companies and organizations in NYC. Navarro has worked with Kabisera NYC, a “well-established café and restaurant in the Lower East Side of Manhattan” and Project Barkada which provides food, drink and even medical supplies to those most in need. Navarro recalls fondly of this collaboration stating “to say it was nostalgic is an understatement.”

According to Navarro, his original target market was actually non-Filipinos, but he is glad for the business to have been supported by both Filipinos and non-Filipinos alike. 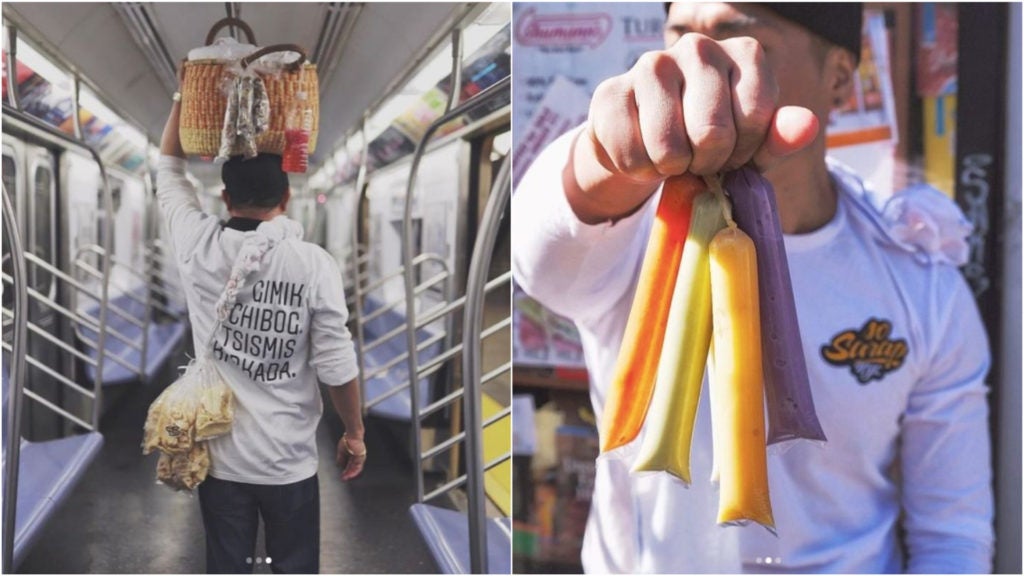 When asked about what street food he loves the most and triggers his most treasured childhood memories, Navarro found it difficult, explaining that the entire experience of consuming street food in general is what he loves the most. “The smell of the burning charcoal, the sound of the vendor’s hand bell, the honk of a makeshift air horn, or the mere yell of a street vendor—everything about it.”

You step into the street, enveloped by the sunlight. “Kuya Taho” sets down his two metal drums, wiping his forehead under his wide brimmed straw hat, the towel hangs loosely across his shoulders. He flips the lids of both drums, scooping out water from one. From the other, a sweet smell greets you.

“Taho!! Taho!!”, the chant fades away from your ears — though across oceans on the other side of the world, these same cries are being heard around the streets of the Big Apple thanks to So Sarap NYC. 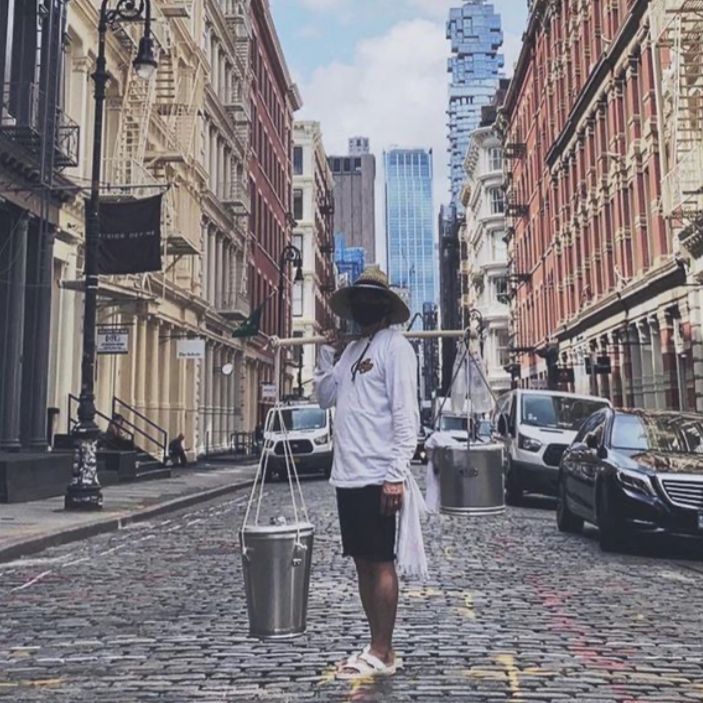